Noman Group is a place of dynamism and constant change.
And we believe in keeping you abreast of it all.
New events, awards, interviews…it’s all here, archived by date.

In June 2016 – The government of Bangladesh awarded trophies to 52 successful businesses for their extraordinary performances in exports in fiscal 2011-12. Zaber and Zubair Fabrics won the National Gold Medal as the Highest Exporter for two consecutive financial years, 2011-12 and 2012-13, which makes it the winner of this award for last seven years. In addition, two other concerns (Noman Weaving Limited and Saad Saan Textile Limited) of NOMAN GROUP have been qualified for Gold Medal in textile fabrics category. Besides these, Noman Terry Towel Limited has been qualified for the Gold Medal in terry towel category as the Highest Exporter. 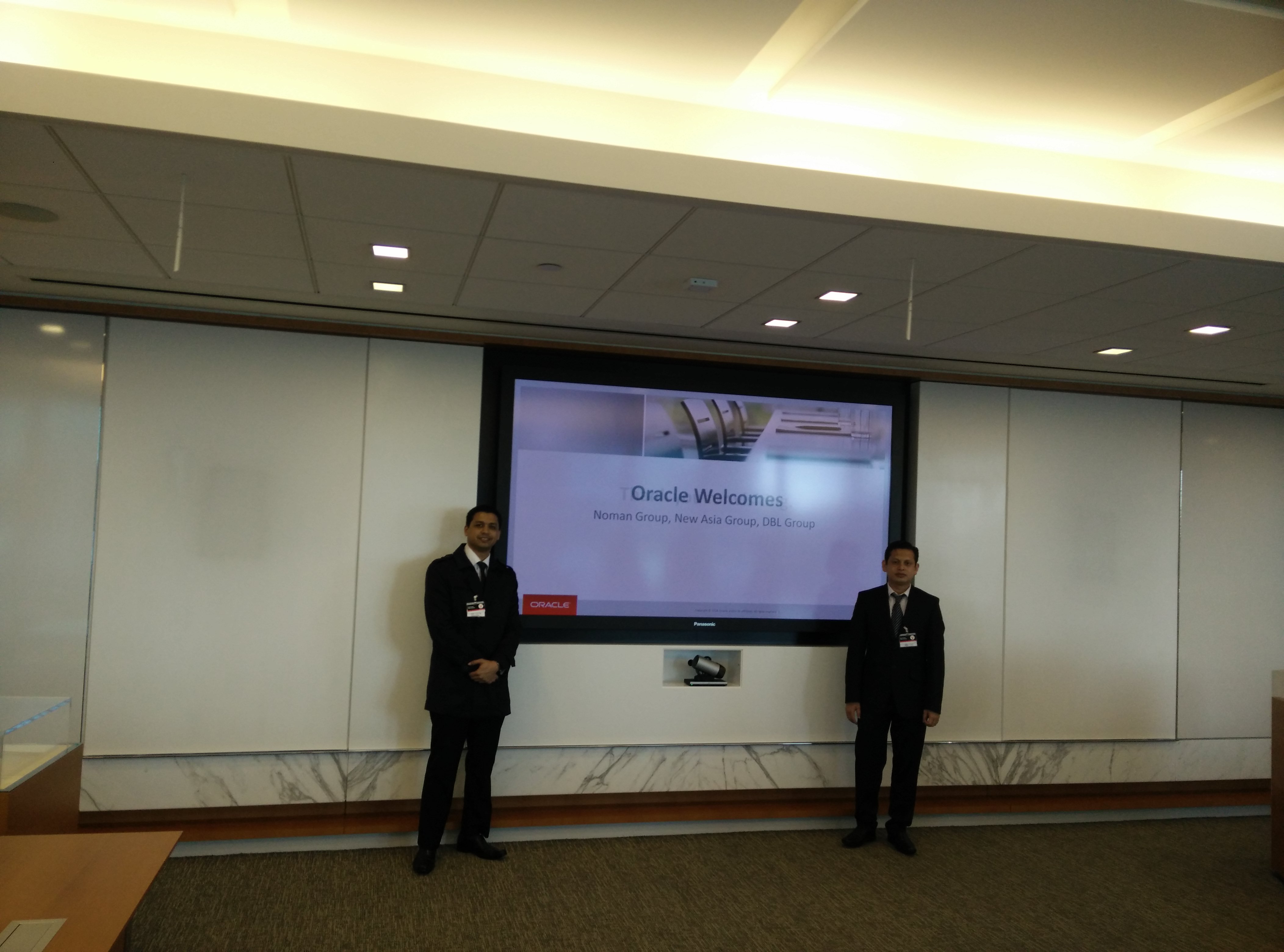 Noman Group was one of the only three Bangladeshi companies to be invited by Oracle Corporation to attend the Value Chain Summit 2015 in San Jose, California. Its representatives, along with those of DBL Group and Knit Asia also visited the Oracle HQ at Redwood City and met with the product development team for in-depth discussion. 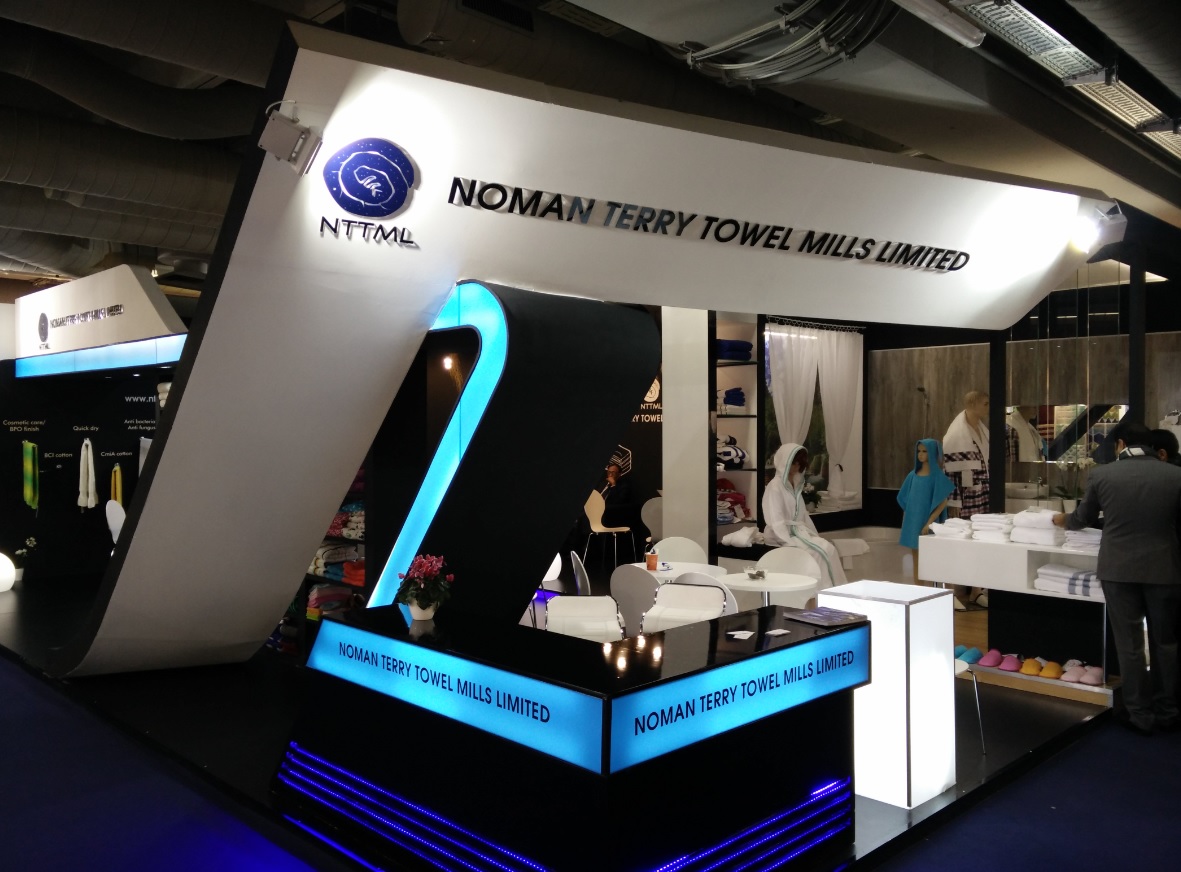 In January 2015, Noman Group exhibited at Heimtextil Frankfurt – the largest tradeshow for home textile in the world. Two of its flagship units – Noman Terry Towel Mills Limited and Zaber & Zubair Fabrics Limited showcased their latest products at this prestigious event. Apart from representatives from top retailers and institutional buyers around the world, Noman Group also met up with the honorable ambassador of Bangladesh in Germany and the directors of Export Promotion Bureau. It was lauded for its effort in proudly representing Bangladeshi home textile manufacturers in the grandest stage.

NY Market Week is the biggest trade fair for home textiles in North America. For the second time in a row, Noman Group exhibited there to strengthen it’s presence in the potent American market.

Noman Group had fruitful meetings with companies like SEARS, Target, Nitori and has now set its sight on the 2015 show as well. 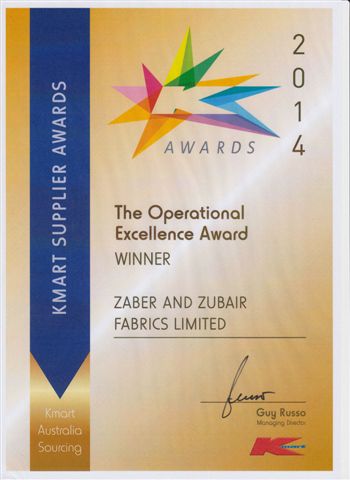 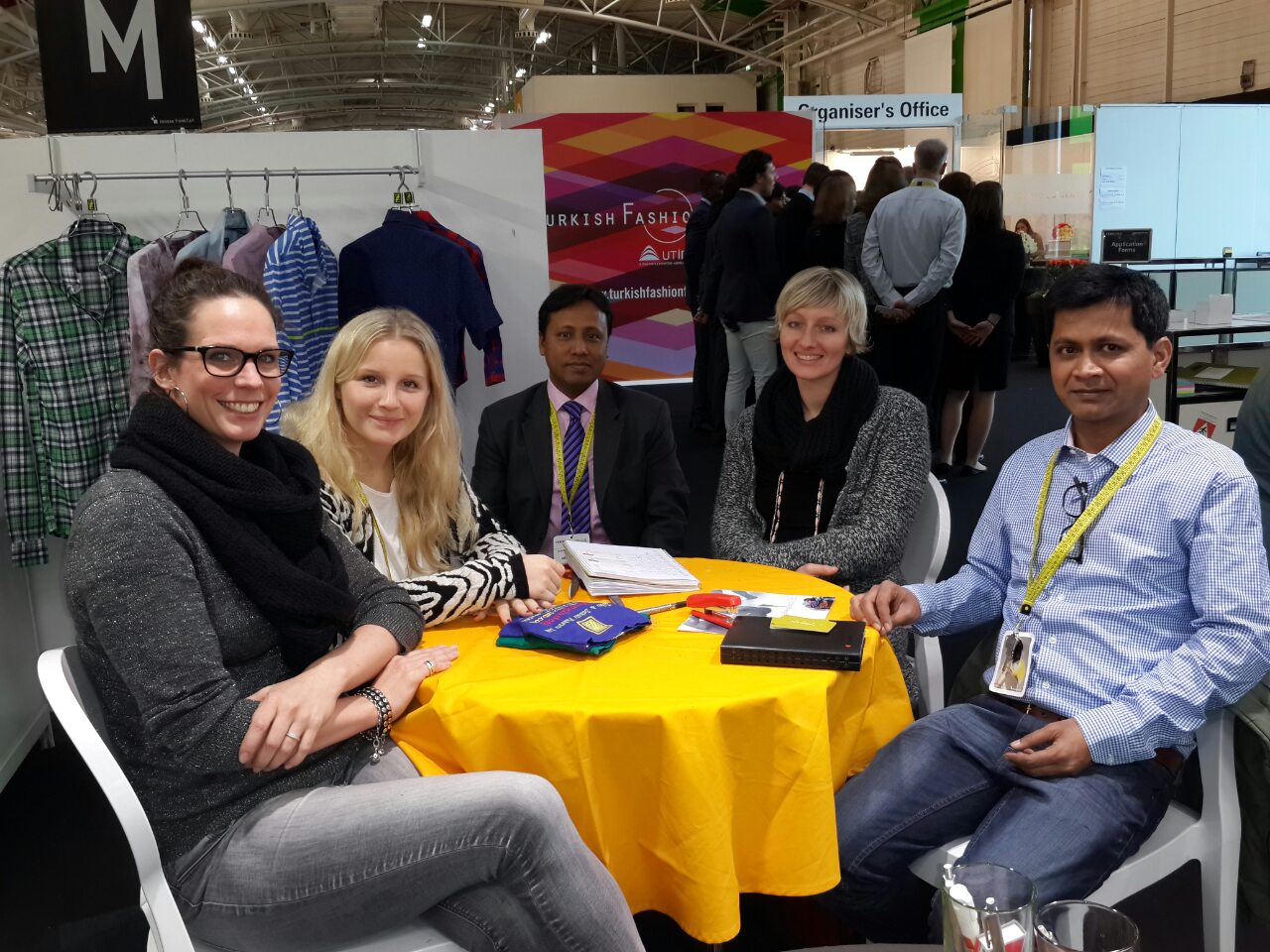 With Over 700 international suppliers, Texworld has become an indispensable platform for professional encounters for fabrics and clothing. Zaber & Zubair had a very impressive showing at this year’s Texworld, garnering praise from visitors and organizers alike.

For more pictures from this event, visit: https://www.facebook.com/pages/Zaber-Zubair-Fabrics-Limited/179673315396108 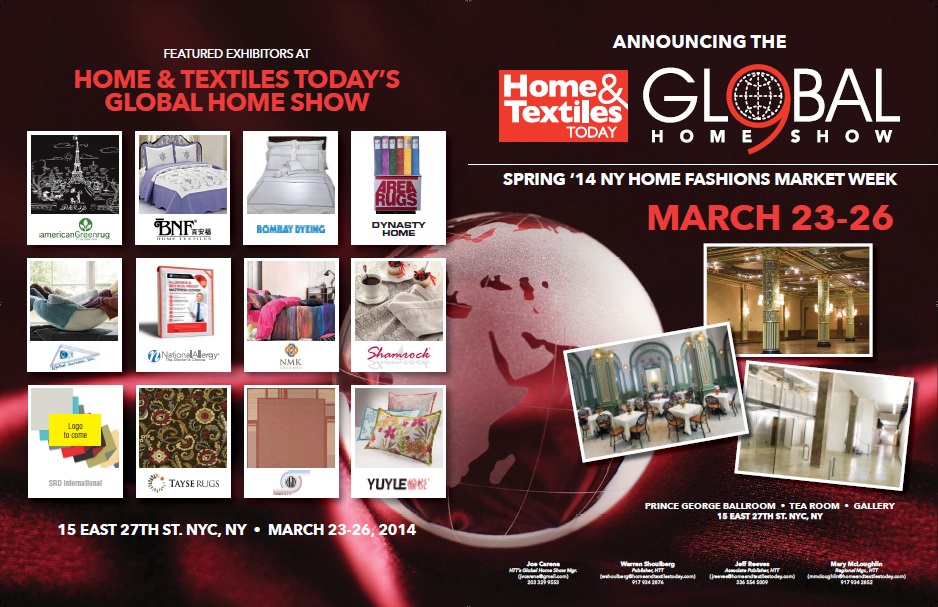 NY Home Fashions Market Week is perhaps the most important home textile event in North America. The Spring edition (March 23-26, 2014) is undoubtedly a superb platform for manufacturers, retailers and designers.

Two of Noman Group’s subsidiaries (Noman Terry Towel Mills Limited and Zaber & Zubair Fabrics Limited) showed off their products for the first time in US market. 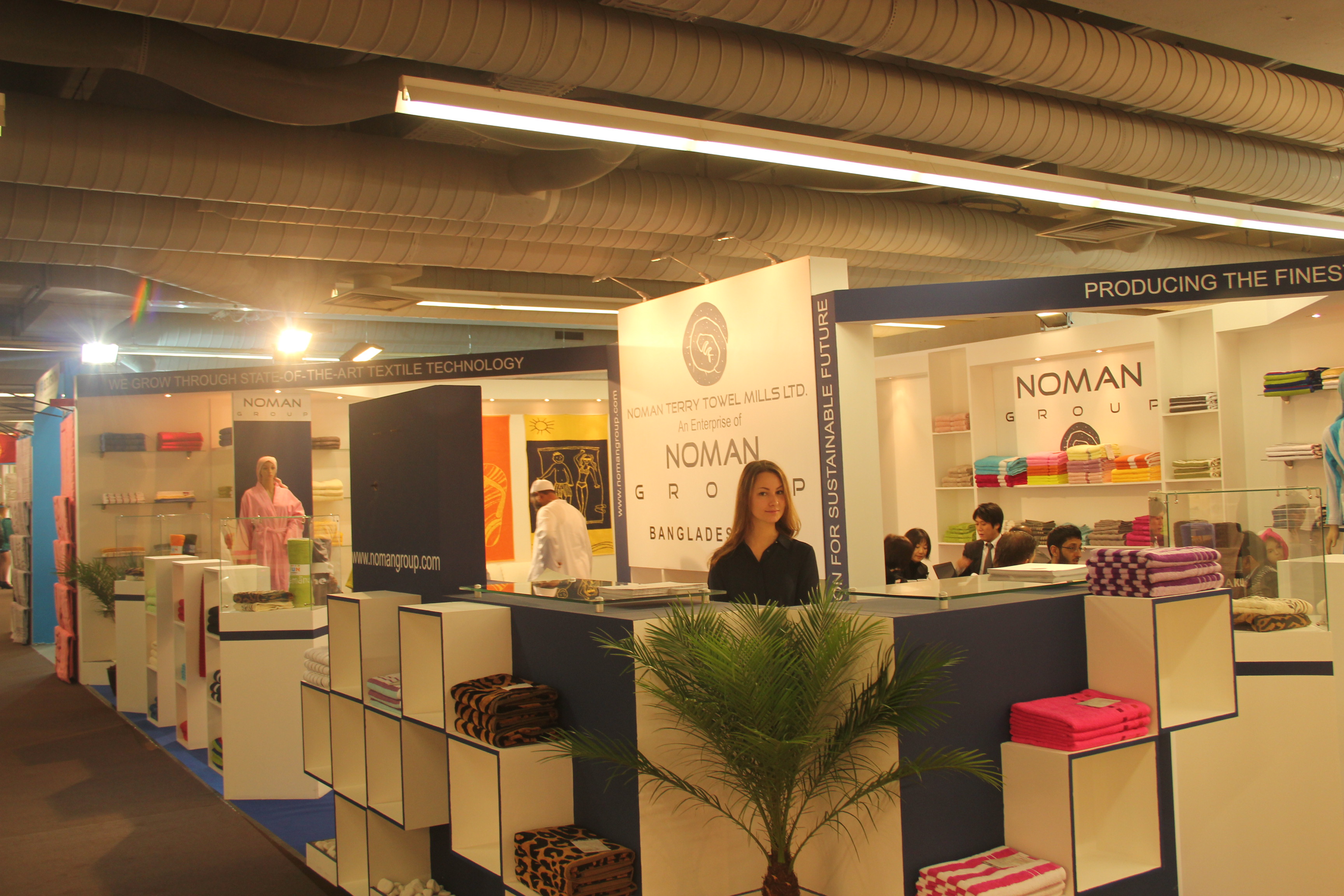 Heimtextil is the biggest international trade fair for home and contract textiles and the global benchmark for quality design textiles of innovative functionality. As the first trade fair (January 8-11, 2014) of the year, Heimtextil, is a superb platform for manufacturers, retailers and designers.

Two of Noman Group’s subsidiaries (NTTML and Zaber & Zubair Fabrics Limited) exhibited for the consecutive time at this prestigious fair. Although the majority of visitors were from the EU, Noman group also received queries from Japanese, American, and British buyers. The group was also featured on the Heimtextil issue of Home Textile Today magazine.

On November 20, 2013 – The government of Bangladesh awarded trophies to 47 successful businesses for their extraordinary performances in exports in fiscal 2010-11. Zaber & Zubair Fabrics Ltd won the gold trophy in the highest export earning category as it shipped goods worth $199.19 million in 2010-11. Four subsidiaries of Noman Group (Yasmin Spinning Mills, Ismail Spinning Mills, Noman Weaving Mills) also received trophies for excelling in categories such as Yarn, Textile fabrics and Home & Specialized Textile.

With a vision to enter the lucrative Australian market, Noman Group exhibited at the Australian International Sourcing Fair 2013, held at the Melbourne Convention Center. Its booth was widely acclaimed for its design and product diversity. Among the visitors were the Bangladesh High Commissioner to Australia, top-brand retailers, and local wholesalers.

JAPANTEX is a specialized exhibition of focused on home and interior trend. It was held at Tokyo Big Sight from October 23 to 25, 2013. Noman Group successfully represented Bangladesh at this show and received good response from Japanese buyers.

For the first time, Noman Group exhibited at Heimtextil Russia, which was held at Crocus Expo center in Moscow from September 25-27, 2013.

The Green Banking Research Team at North South University is assessing the impacts of the undertaken green banking initiatives by the banks from various perspectives. The research project includes two surveys, namely, the pilot survey and the main survey, designed specifically for the banks in Bangladesh. The pilot survey has already been implemented to get the feedbacks from the banks to formulate questionnaire for the main survey. At the same time, interviews of clients of the banks are taken who are investing in green projects such as installing solar panels, setting up effluent treatment plants etc. Moreover, few environmentally friendly industries are being analyzed which can be promoted under the green banking initiatives. In addition to these activities, to promote academic research on green banking, a double blinded peer review journal will also be launched under the research project. Several other research ideas are also in the planning stage waiting to be implemented. Overall, the ‘Green Banking Project’ is working with the academics and the professionals to accomplish the goal of serving both the economy and the environment, together. The team visited two factories of Noman Group (Pagar and Vawal) on July 4, 2013 to inspect the Effluent Treatment Plants and were highly impressed with the state-of-the-art machineries in place. 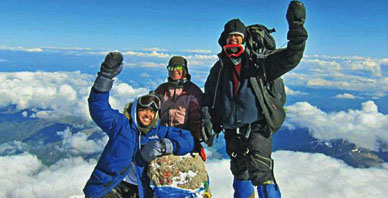 Noman Group heartily congratulates the entire team on this great success. It will continue to support inspired Bangladeshis such as Musa in the future. 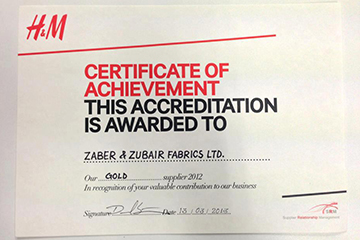 May 28, 2012 - Noman group introduces DBBL Mobile Banking for all employees